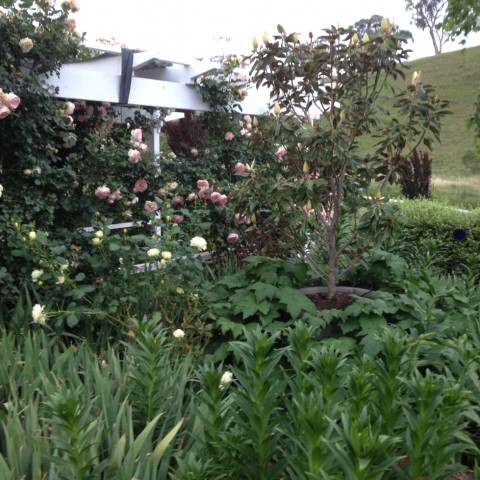 People driving past the property of central NSW part-time grazier, David Ward, have been looking over the fence towards his front garden wondering how he can get his lawn so green and his garden beds so lush.

The area around Cudal, west of Orange, has salt and calcium rich spring and bore water which restricts the growth of garden plants and lawn, and neighbours were surprised to see such rapid garden establishment in their midst. 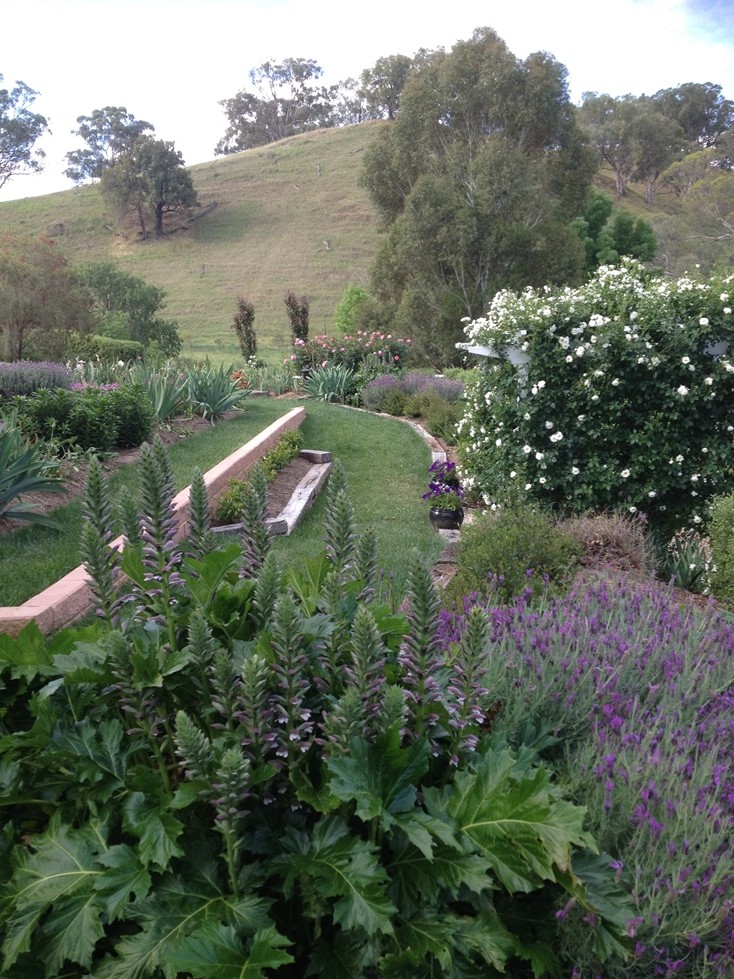 David says some asked if he’d been taking all the water from the nearby creek, knowing his salty bore and spring water supplies couldn’t produce those results. He simply laughed and told them it was his ‘secret weapon’ but the level of interest means it’s impossible to keep it a secret any longer.

David has installed a couple of signs on property entrance gates so everyone knows he’s using a DELTAwater solutions salty water treatment system on supplies to his and his parents’ gardens and nearby cattle troughs on the property where they’ve lived for a number of years.

He says after installing the environmentally friendly 100% Australian system, which requires no power or maintenance, their gardens have thrived. The nearby cattle water troughs have benefitted from the system as well, now having less build up around the float valve.

“The lawns are happy, the plants are happy – everything, from the sensitive plants like roses, bulbs and lavenders and everything in between,” he says. “Because of the results, I’ve had the confidence to establish a whole a new garden area. This new area has grown so vigorously that you don’t even realise it’s a new garden. I certainly recommend DELTAwater solutions to others – their products have done wonders for our garden.” 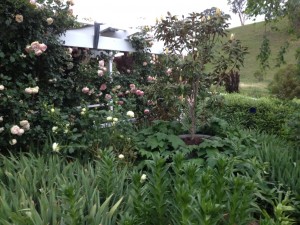 Salt-sensitive plants such as roses are thriving after DELTAwater treatment.

David came across DELTAwater solutions via his long-time pumps and irrigation agent Keith Sproule from Midwest Irrigation. He wanted to address the problems his salty bore and spring water were causing, such as coating his plants with a white film of dehydrated salt and stunting plant and lawn growth.

“We were really struggling with our water which was coating our whole garden in a white film, and we could clearly see our plants and lawn were not growing to their full potential. The garden was struggling, the lawn was struggling and as passionate hobby gardeners, we were struggling too,” he says. 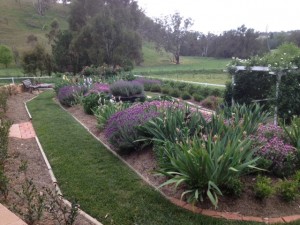 David says getting DELTAwater solutions to test his water first through their Water Advisory Service and gain a thorough understanding of the problems was invaluable. Water tests of the bore discovered medium Class 2 salinity, extreme hardness and high alkalinity. At their levels they were causing scale in pipes, fittings, drippers, sprays and other irrigation systems. DELTA also tested David’s spring/dam water, finding high Class 3 salinity, high chloride and extreme hardness.

He says they also understood the configuration of his pumps, tanks, pipes, dam and bore, and could make product recommendations to suit.

“Taking the time to look into our water problem carefully before recommending a product has made all the difference. We have two units, and because they understood the configuration of our pipes and pumps they were able to recommend a product for my garden and a different one for my parents’ garden. Within a really short time of adopting the system, we’ve had a really quick result.”