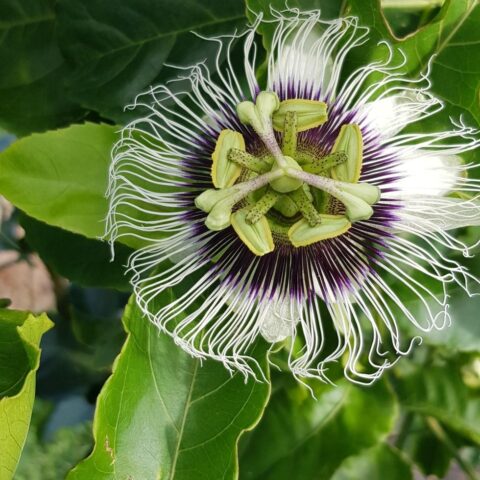 North Queensland lime orchardist Phil Oliver says over the past 15 years their DELTAwater conditioner has saved their 600-tree Tahitian lime orchard and is now helping them follow a new passion.

Phil and wife Lisa from Biboohra, north of Mareeba are diversifying their business Phillisa Limes, which supplies Brisbane markets, to include passionfruit.

They initially trialled dragon fruit but between high pH levels in their soil and the birds who ate every single fruit off the vine while it was still green, they canned that idea.

They then planted Panama Red passionfruit. Despite high sodium levels in their bore water, the trials on their DELTAwater solutions-treated water are yielding impressive results.

Within one month of planting, the vines started flowering and within three months they were laden with fruit. Four months after planting they are still flowering.

We have vines growing where they shouldn’t be; the vines haven’t stopped flowering and the passionfruit are full of seeds. Even though our bore water is salty, something passionfruit objects to, they’re as happy as Larry thanks to our DELTAwater conditioner.

DELTAwater solutions is an award-winning water treatment company based in Newcastle. Alex and Dianne Panov founded their manufacturing business in 1993 to develop water treatment systems for salinity, scale build-up caused by calcium and magnesium, water hardness, iron and corrosion.

Phil says the water treatment system has kept their business going strong, even during dry years when they only had access to the poorest quality bore water he’d used.

People always ask why I’ve got so many limes and I tell them we wouldn’t be here without the DELTAwater conditioner. From when we first installed it, we’ve consistently had four times the amount of produce.

With some of the lime trees nearing the end of their life and a major influx of new commercial lime growers in a challenging COVID marketplace, Phil says now is a good time to diversify.

“We’ve already cleared another area and will soon have about a quarter of an acre which is enough to start supplying the passionfruit commercially. We will gradually get rid of our older lime trees and replace them with passionfruit vines.”

Phil says their passionfruit are as round as the palm of his hand and go perfectly with a bowl of ice cream.

I eat a few, I admit, I always have a bag of them in the fridge.