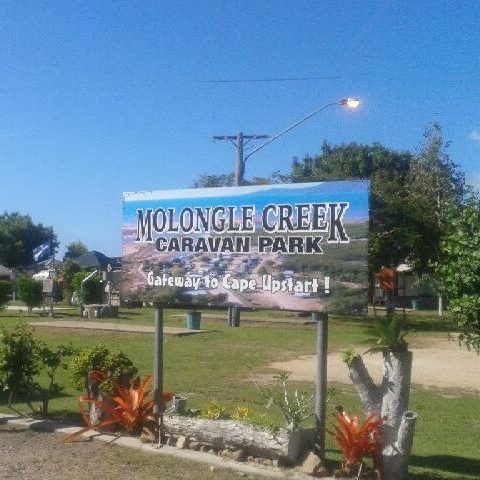 When Paul and Claire Quagliata took on the role of park managers at the picturesque tropical Queensland seaside Molongal Creek Caravan Park they had a big job on their hands to keep on top of maintenance.

Firstly there was the continual maintenance on blocked toilets, shower heads and taps caused by the calcium and minerals in their bore water. Then there was cleaning the white marks that the sprinkler left when water sprayed the sides of buildings and amenities. Not to mention trying to keep the lawns healthy and free of white calcium powder.

“When we first came here in  2013 there was a lot of work to do. We always had maintenance to do. Showerheads clogging up, toilets failing and leaking, standard valve taps clogging and leaking. You name it, we had to do it.”

Then they met Dianne Panov from DELTAwater solutions, who were in the Burdekin region as part of a water tour hosted by local pumps and irrigation agent Greens Irrigation. DELTA tested the Molongal Creek water, which comes from a bore 22 metres underground and is pumped four kilometres to the park, before recommending the system that would successfully treat their problems.

“They tested our water first; that was good as they understood exactly what problems we were having. The bore pumps our water into a tank and then it’s pressurised into the park, so I’ve got it between the tank and park pump. It was so easy to install and the results were instant.”

Paul says a photo of their dog bucket before and after installing their DELTA unit tells the story.

“I show everyone a photo of our dog bucket – it’s a black plastic bucket and it went white from the calcium which was that thick it flaked off. Since installing the DELTA the bucket is black again, there’s no white stuff at all.”

Paul says he gets phonecalls from local farmers and others asking him about the DELTA. He fields that many enquiries he’s decided to become part of DELTA’s broad network of agents who are spread across Australia.

“I say to people, can you see how electricity works? Can you see how a microwave heats water? Well when it comes to the DELTA water treatment system it’s the same thing. It just works, believe me. I know as I’m experiencing it working first-hand.”

Other differences Paul has noticed around the park is that the water lathers better and the sprinkler no longer leaves white marks. Sensitive plants like herbs, which used to suffer from leaf burn, are now flourishing.

“As park manager it’s made my life easier. It’s made a big difference to our park and even things like washing, washing up and having a shower – the water lathers beautifully and all the soaps and detergents work so much better.”

DELTA RV for caravans and motorhomes

When Paul and Claire aren’t working at the park, they like to trip around in their caravan. With the success of the DELTA on the park water, they installed a DELTA RV water treatment system onto their van. The DELTA RV has has been custom designed to stop the damage poor quality water going through caravans and motorhomes causes. It keeps water filters cleaner, eliminates calcium stain in showers, sinks and toilets and protects hot water systems and anodes.

“The anode in my caravan’s hot water system lasted a lot longer thanks to the DELTA RV; I wouldn’t travel without it,” he said.