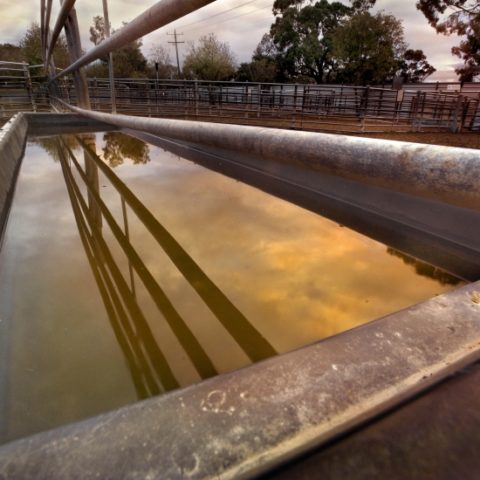 One thing stock, irrigation and horticulture farmers have in common is the need for high quality bore water. This need becomes even more apparent during periods of extended dry. Another thing that many also have in common is that they’ve turned to 100% Australian water treatment company DELTAwater solutions to keep their farm businesses on track.

Alex and Dianne Panov founded DELTAwater solutions more than 25 years ago. With their manufacturing plant in Newcastle, the company’s products treat problem water around the world including New Zealand, the US and South Africa.

North Queensland lime orchardist Phil Oliver says his family wouldn’t be farming without the DELTA, which they have installed on their bore water supply on their 600-tree Tahitian lime orchard at Biboohra, north of Mareeba, as well as on their household water supply.

People call me and ask why I’ve got so many limes and I tell them we wouldn’t be here without the DELTA. I’ll never disconnect it, no way. Since we put our DELTA on we’ve consistently had four times the amount of produce.

I was quite concerned and stressed as I had sheep and cattle drinking on the line and I was not getting enough water through the system. I put the DELTA on and it unblocked the pipe within days. It was a great relief.

Then there’s Helidon Lucerne grower Robert Hogan who relies heavily on his bore water. He installed a DELTA in 2015 and is now harvesting around 4000 extra bales every year.

The DELTA has made a hell of a difference here,” Robert says. “Over the whole farm we’ve gone from only doing 17-20 bales a paddock to around 40 bales. That equates to around 4000 extra bales a year due to the DELTA.

When Northern Territory station managers Steve and Rebecca Severin arrived at Tarlton Downs, halfway between Mt Isa and Alice Springs, they weren’t able to grow a garden because the bore was too salty. The station’s Shorthorn-Santa Gertrudis were also refusing to drink the water at one set of cattle yards near the homestead.

Rebecca, the only woman on the station for the three years they were managers, said they installed a DELTAwater solutions water treatment system at the homestead first and noticed changes within a week. “Everything started to grow and I was able to grow veggies, flowers and lawn. It was phenomenal – just incredible. We certainly didn’t expect such a dramatic change so quickly,” Rebecca said.

Within a day of installing the DELTA onto the cattle yard bore we could see a difference. Once the cattle worked out the water was okay we started getting them coming in to drink from both sides. This meant they could walk further to get better food and the bore that was previously useless became useful again.

Rebecca said they were confident in the treatment’s success because DELTA had a good understanding of their water and different products custom-designed to treat specific problems.