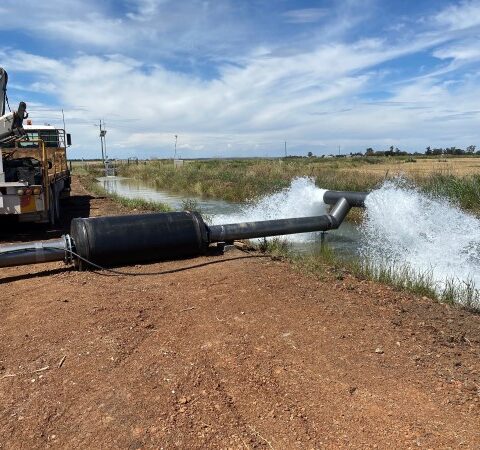 When Northern Territory station managers Steve and Rebecca Severin arrived at Tarlton Downs, halfway between Mt Isa and Alice Springs, they weren’t able to grow a garden because the bore was too salty. The station’s Shorthorn-Santa Gertrudis were also refusing to drink the water at one set of cattle yards near the homestead.

“Within a day of installing the DELTA onto the cattle yard bore we could see a difference. Once the cattle worked out the water was okay we started getting them coming in to drink from both sides. This meant they could walk further to get better food and the bore that was previously useless became useful again,” Rebecca says.

“I had sheep and cattle drinking on the line and I was not getting enough water through the system,” Steven said.

“I put my DELTAwater conditioner on the line and it unblocked the pipe within days.”

“If you are talking hard water and a need to stop scale, or if you have high-salt issues or biological activity, you will get quality advice from the DELTAwater team,” Trevor says.

“The good thing about dealing with DELTA is they have a range of units with different strengths to suit specific situations. Many of our customers now have them installed across their whole farm as well as hooked up to their home and garden.”

Problems growers face in the Young district, renowned for cherries and grapes, include salty bore water and salt build-up in soils.

“We’ve got quite a few DELTAs on grapes and they’re getting better growth, better coloured leaves, better production of fruit – better all round. Plus they’re noticing less salt buildup in their soils,” John says.

“People come to us because they can’t grow anything in the garden because they’ve using the bore water so much and it’s building up salt in their soils. We tell them they need a DELTAwater conditioner, they buy them, and they work.”