Investment in DELTAwater pays for itself within 10 months - Delta Water

Investment in DELTAwater pays for itself within 10 months 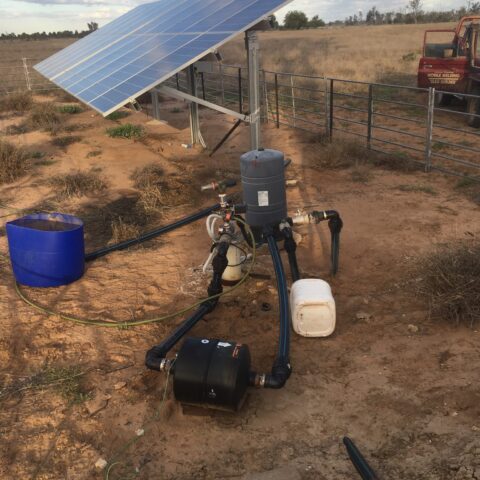 He’s so happy with his results, he has bought 11 more bore water treatment units.

Andrew and wife Annette run mainly Santa Gertrudis cross and Droughtmaster on ‘Wagoo’ near St George. They turn off their cattle after about 12 months, or in a good season, in 10. Andrew says the DELTA water treatment system allows them to consistently turn-off their cattle sooner.

We are at least two months in front since putting the DELTA on; from a financial point of view, it has worked well in our favour.

Andrew says the cattle are happier with the water too.

“Now a beast comes into the trough with the DELTA-treated water, and I wonder when it’s going to stop drinking. They have a really good drink now.”

Andrew says it took just four days to notice a difference. The Australian-made water treatment system, manufactured in Newcastle, has also solved a scouring problem that arose after they installed their bore in 2018.

The change was so quick. They were fuller and not tucked up like they used to be.

You’re not in business for nearly 30 years if you don’t know what you’re doing.  I have spoken to a few different people in the DELTA office, and they have all been really helpful and were able to tell me straight away what was going on with my water and how they could fix it.”